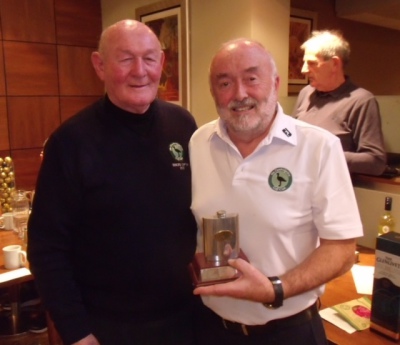 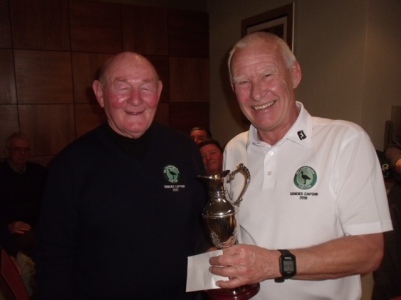 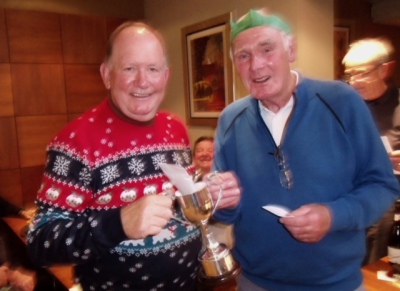 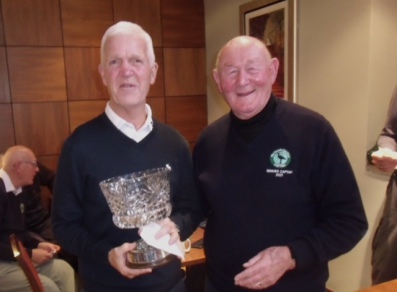 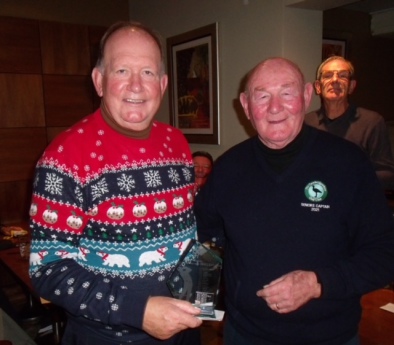 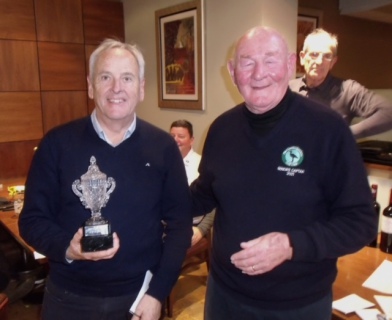 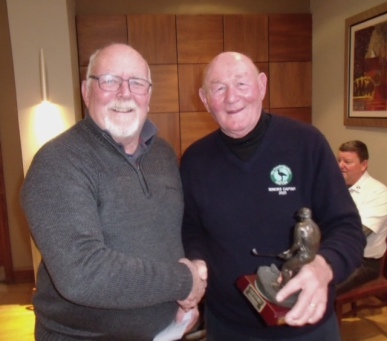 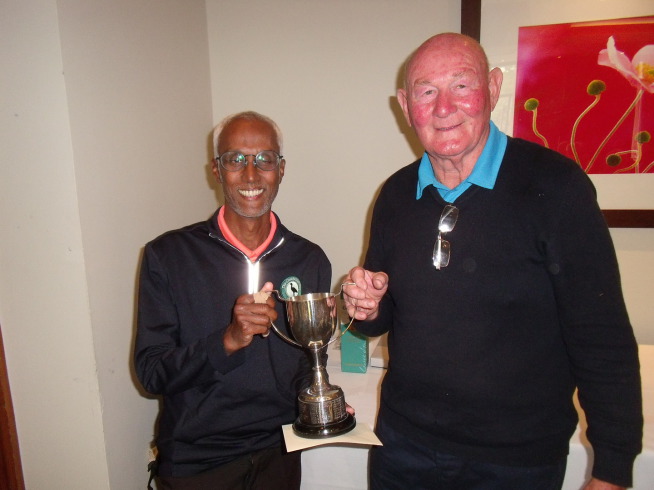 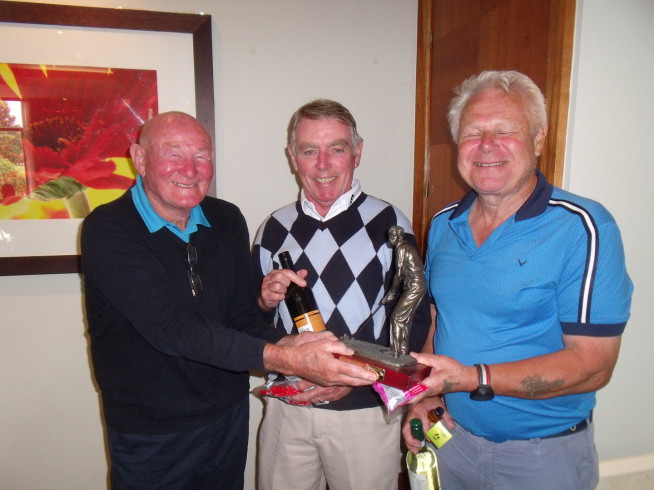 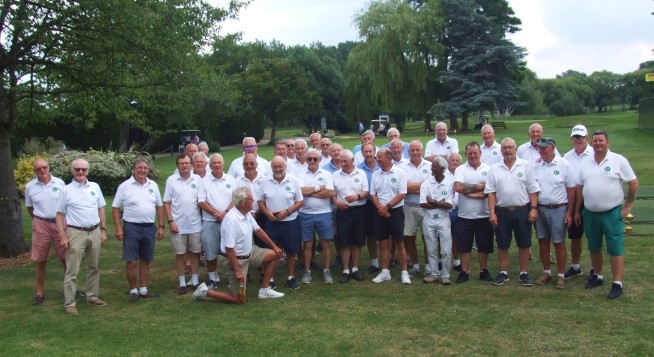 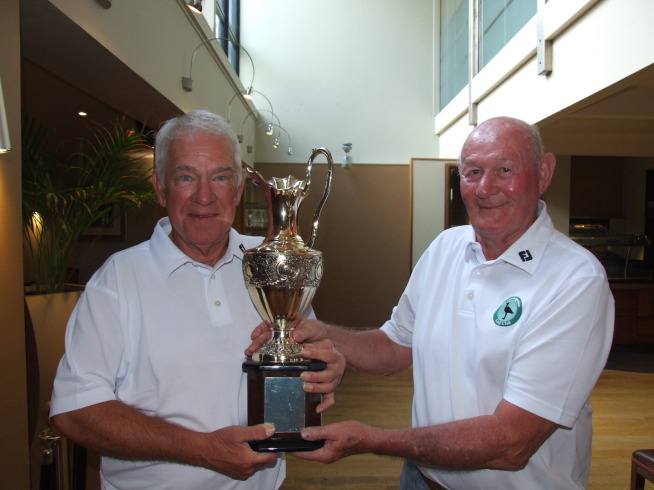 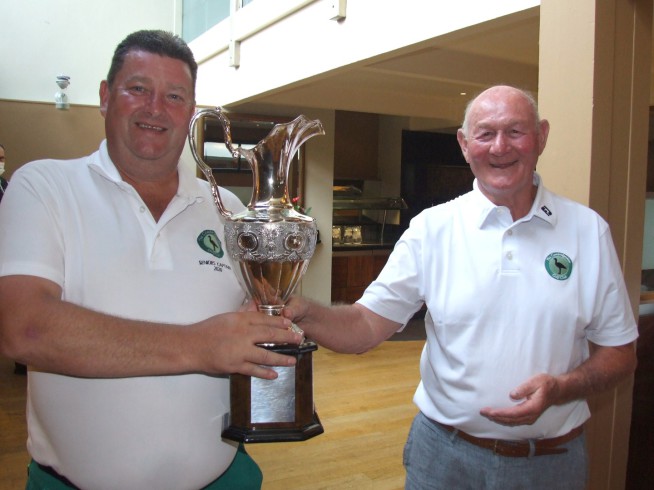 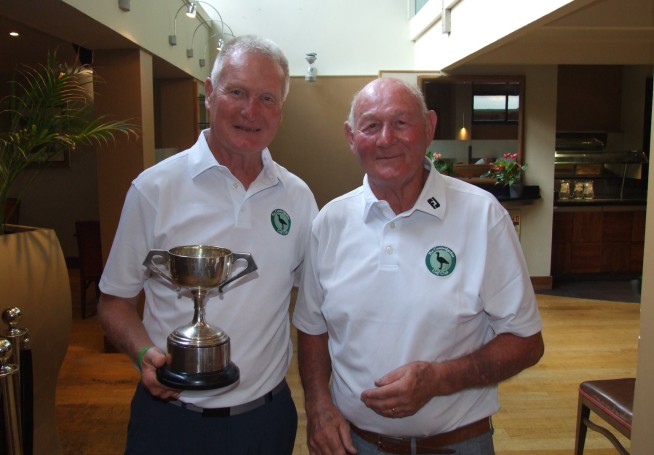 Vic Wells receiving his trophy for Best over 70 Net

Annual Competition against The Welcome Hotel - The winning team 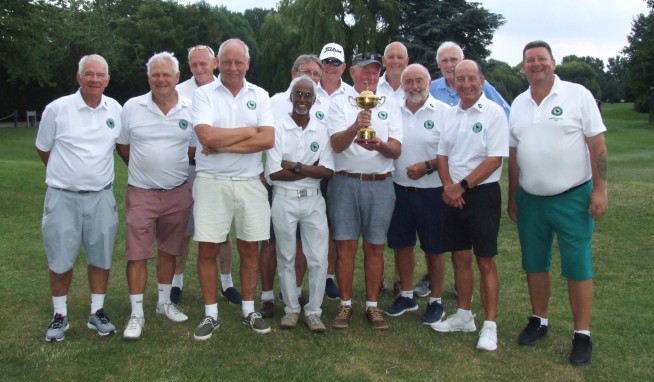 It was our turn to host the boys from The Welcome Hotel this year. For those who are not aware we alternate the venue with our sister hotel in Straford Upon Avon annually and the away team usually stay over the Sunday night having played a practice round on the Sunday afternoon. This year it did them no good at all!!!
It was an early Monday morniing start on the day after England lost the Euros final on penalties, but our opponets didn't seem to have over indulged!
To cut a long stiry short we managed a 4-2 win in a tight match to regain the trohy. Captain John was highly delighted as it is only the second time we have held the cup!
The winning team consisted of John Hinchliffe, Howard Peterson, Peter Glyn, Brian Eastment, Peter Talbot, Haydn Davies, Peter Williams, Peter Hynes, Peter Craske, Ollie Sellen, Eddie Sharp, and Ken McCafferty 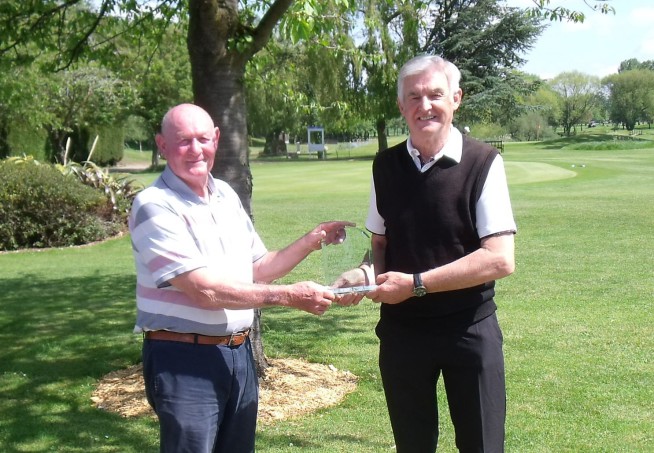 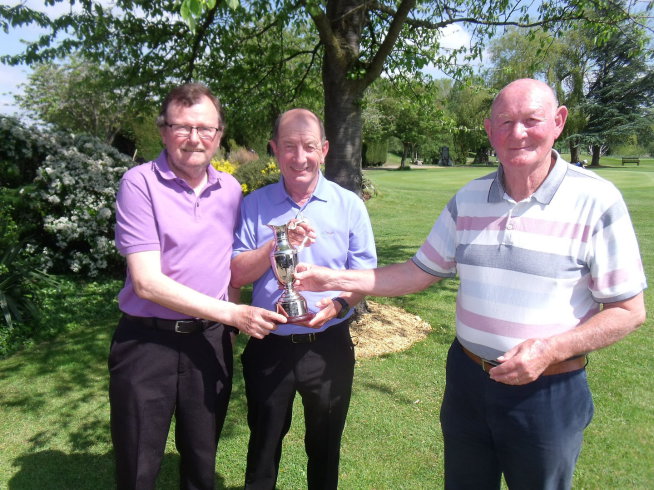 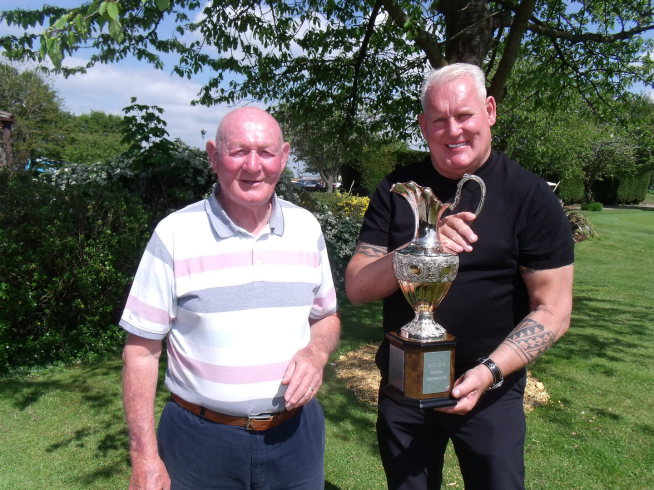 Print | Sitemap
© The Cambridgeshire Golf Club. Managed and supported by Learn IT with Laura.
Login